Fighting the scourge of Gender Based Violence Community Imbizo, Delft, 13 May 2022
The Deputy Minister of Justice and Constitutional Development, Mr John Jeffery, will on Friday, 13 May 2022, host a justice service delivery Imbizo at Delft, Cape Town. The Imbizo is part of the Department’s recently launched Year of the Community programme and will focus exclusively on the on-going fight against Gender Based Violence and Femicide.

Fighting the scourge of Gender Based Violence Community Imbizo, Carolina, 05 May 2022
The Minister of Justice and Correctional Services, Mr Ronald Lamola, will on Thursday, 5 May 2022, officially launch the Year of Community campaign at Carolina in Mpumalanga province. The Year of Community is part of the department’s efforts to encourage citizens to value and uphold their rights as enshrined in the Constitution and promote active participation by the public in the implementation of justice services. This inaugural launch will unfold as an Imbizo with a focus on Gender Based Violence and Femicide. Both the launch and the Imbizo will be held in line with access to justice and Constitutional imperative. 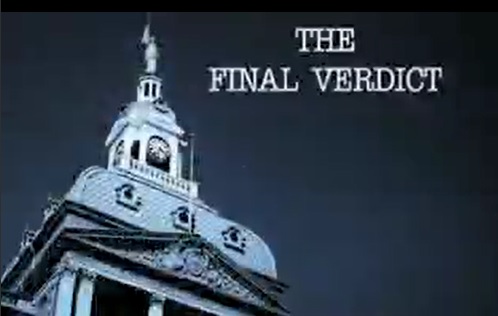 The Final Verdict is a 26 part television programme produced as a partnership between the Department of Justice and Constitutional Development (DoJ&CD) and the South African Broadcasting Corporation (SABC). It is produced in the form of a documentary-drama to enhance its informative and entertainment potential...read more on the Final Verdict programme